The National Wildlife Refuge System supports “Friends” groups of concerned citizens that help manage and protect refuge areas in their community; our coalition of like-minded individuals has been in dialogue with NWRS for over a decade.

NRWS is known for its human-friendly interactive conservation approach. In part as a response to the notorious understaffing and underfunding of NWRS properties, “Friends” groups originated in the 1980s as a way of offering direct citizen participation in refuge property management and developments.

When the group that would become the Friends of the Mariana Trench first came together in 2007, we had no idea we would eventually evolve into a “Friends” group operating under the National Wildlife Refuge System; we were simply a loose collection of environmental activists advocating for the creation of the Mariana Trench Marine National Monument.

After the monument’s declaration in 2009, NWRS reached out to the Friends offering information and support, initiating an unofficial relationship that continues to this day. Their valuable perspective guides FOMT in tracking the federal government’s progress toward administering the Mariana Trench Marine National Monument.

FOMT finally received an official “Friends” designation in 2019. This process was delayed in part by a years-long revision process that NWRS was undergoing internally with its “Friends” agreement structure. Now that the FOMT has achieved our official designation, we look forward to sharing an office and other in-kind support with NWRS staff beginning the Summer of 2021. NWRS also assists “Friends” groups in establishing fundraising mechanisms such as a Mariana Trench Marine National Monument gift shop. 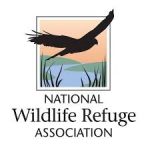