The Declaration for the Mariana Trench Marine National Monument mandated a management plan be developed and published in 2011. Marine protected areas have been shown to only provide biological and social benefits when they are implemented and funded, and this cannot happen without a management plan. 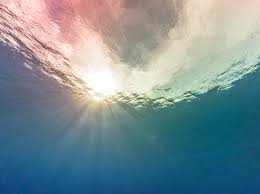 While the FOMT’s original proposal suggested the monument be administered by the US Department of Commerce’s National Marine Sanctuary program, much to our surprise, the Bush administration’s presidential order placed the Department of Interior’s US Fish & Wildlife Service (USFWS) and the Department of Commerce’s NOAA Fisheries program in charge of MTMNM’s management in coordination with the CNMI. Fortunately, the FOMT have a developed a strong working relationship with the USFWS National Wildlife Refuge Service, who are tasked with enforcement and public outreach. The MTMNM is managed out of the NWRS complex located in Guam and by the NOAA and NWRS offices in Honolulu, HI.

While we were grateful to see the Marine National Monument designation achieved, we grew concerned by the lack of movement by either managing body to complete the MTMNM’s management plan, which was due within the first two years of the monument’s formation. In May of 2011, four months after the final deadline for completion of MTMNM’s management plan, USFWS published their first update regarding the plan.

(https://www.fws.gov/refuge/Mariana_Trench/what_we_do/planning.html). They released a second planning update in February of 2012, and a third in March of 2013. In 2014, USFWS published their fourth planning update, which included a schedule for a Visitors Center Working Group public listening session, published fishing regulations, and draft goals.

After a series of public hearings held in 2015, USFWS finally created a draft management plan and delivered it to Governor Torres in January of 2020. Additional public hearings surrounding the draft plan were originally scheduled for mid- to late 2020, but the Covid-19 pandemic has made next steps uncertain.

Spring 2017 – Letter on the heels of executive order 13792, President Trump’s request for Ryan Zinke, Secretary of the Interior, ) to review all 27 national monuments created under Executive Orders in the last two decades and make recommendations  to maintain, decrease or increase the size of the monuments.  The recommendations made by Secretary Zinke can be found at https://www.doi.gov/sites/doi.gov/files/uploads/revised_final_report.pdf.

April 2017 – President Trump issues Executive Order 13792 requesting a review of past presidential designations of national monuments made under the Antiquities Act, with special consideration to “whether designated lands are appropriately classified under the Act as ‘historic landmarks, historic and prehistoric structures, [or] other objects of historic or scientific interest,” “the effects of a designation on the available uses of designated Federal lands,” and “the availability of Federal resources to properly manage designated areas…”

September 2014 – US Fish and Wildlife publishes their fourth planning update on developing a management plan, including a schedule for a Visitor Center Working Group Public Listening session, published fishing regulations, and draft goals.

October 2013 – Delegate Kilili writes to Acting NOAA Administrator Kathy Sullivan to request an assessment to manage the Marianas Trench Marine National Monument as part of the National Marine Sanctuaries Network. Sullivan responds in December stating that she has “asked ONMS and NMFS to develop a plan for greater ONMS involvement in the MTMNM.” She also encouraged Delegate Kilili and his staff to “continue working with NOAA on providing effective management for the MTMNM.”

August 2013 – Friends of the Mariana Trench write to Matt Brookhart to support the re-establishment of the nomination process for new national marine sanctuaries.

March 2013 – US Fish and Wildlife publish their third planning update on developing a management plan, which include comments and questions received along with responses.

Februrary 2012 – US Fish and Wildlife publish their second planning update on developing a management plan and announce dates for public scoping meetings.

November 2011 – The CNMI Government releases a Request for Proposals for bids to conduct a visitors center design plan.

May 2011 – US Fish and Wildlife publish their first planning update on developing a management plan, four months after said plan was supposed to be complete.

March 2010 – The Friends of the Mariana Trench write to Delegate Kilili to request that a $220,000 appropriation from US Congress be used “for educational programs on marine sanctuaries” to develop and design a Marianas Trench Visitors Center “resulting in a workable, concrete architectural plan and plans for hands-on exhibits, an aquarium, areas for scientific presentations, and other community interactions.”

February 2010 – The Friends of the Mariana Trench write to NOAA Administrator Dr. Jane Lubchenco again to ask her to begin a sanctuary designation process in the CNMI. The letter points out that the deadline to appoint an advisory council has passed, and that no progress has been made to develop a management plan for the monument.

June 2009 – The Friends of the Mariana Trench write to NOAA Administrator Dr. Jane Lubchenco to ask her to begin a sanctuary designation process in the CNMI (she responds with a negative in August).

April 2009 – Friends of the Mariana Trench write to Delegate Gregorio Camacho “Kilili” Sablan asking him to introduce legislation that would: “(1) transfer the monument to the Office of National Marine Sanctuaries, (2) extend the existing boundaries to include the northern waters, and (3) close the entire monument to sustenance, commercial and recreational fishing (continuing to allow traditional indigenous fishing) as outlined in our Vision Statement.” The letter also addresses submerged lands issues, and offers a solution that was eventually accepted as a compromise between the federal and CNMI governments.

January 2009 – The Mariana Trench Marine National Monument is officially declared by the Bush administration, protecting 96,000 square miles of seafloors and water in the Marianas under federal jurisdiction.

November 2008 – The Friends of the Mariana Trench deliver 6,000 signatures in support of the monument to the White House.

October 2008 – Bush Administration officials visit Guam and Saipan to hold public hearings regarding the possible monument. The Friends of the Mariana Trench publish their Vision Statement, with six goals regarding Management and Enforcement, Culture and Tradition, Conservation, Education, Research and Exploration, and Economic Development. 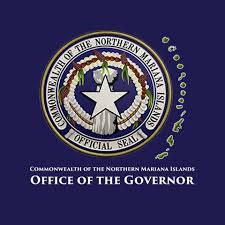 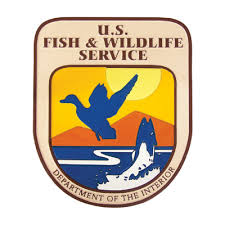